BookBaby, a leading US-based self-publishing service provider, is expanding production with a new investment in a HP Indigo 100K Digital Press, now providing more digital printing firepower to advance its growth in the publishing market. BookBaby has completed deployment of the new 29-inch sheetfed HP Indigo 100K press, engineered for nonstop printing, to accommodate their fast-growing demand for digital book printing. With this new addition to their fleet of HP Indigo digital presses BookBaby can produce more than 10,000 books a day. 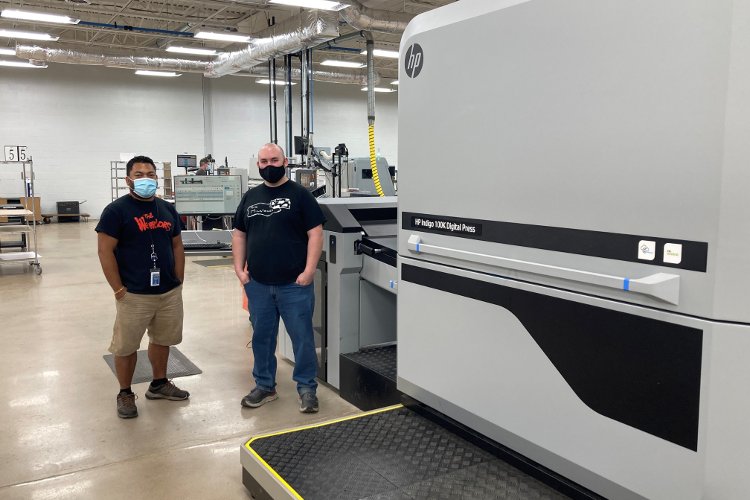 “People are feeling more expressive and creative now more than ever and they are turning to self-publishing increasingly more when they realize they don’t need traditional publishing gatekeepers to find success. Instead of spending years trying to find a publisher, especially new authors, you can get into the market very quickly through BookBaby Publishing,” said Jim Foley, Vice President at BookBaby, which serves both the ebook and printed book market. “HP Indigo digital presses have made it possible for people and small publishers to print books of one in an efficient way to support the modern day Print on Demand publishing model.”

BookBaby supports publishing books end-to-end, including editing, design, printing, and distribution for sale, all within four to six weeks, compared with a lead time of about two years at a traditional publishing house, according to Foley. BookBaby enables first-time authors to break into the market, and has published successful titles from notable authors including romance novelist Cheryl Holt, to Boston Rob from the popular Survivor show, and even Michael Jackson’s father Joe Jackson but by and large BookBaby specializes in helping first time authors reach their publishing goals.

Since the pandemic, BookBaby is experiencing an upswing in demand, with year over year growth of more than 100 percent. Self-publishing is now more popular for segments such as cookbooks, children’s books, self-help, and even a revival of poetry. Overall, the biggest segment at BookBaby for self-publishing is for genre fiction, inspiration, religious Christian and Hebrew, and art-quality professional hardcover photobooks.

The HP Indigo 100K Digital Press, the first press in the higher productivity fifth generation HP Indigo commercial platform, sets a new benchmark in 29 inch digital sheetfed production with the capability to print tens of thousands of B2 duplex sheets every day. “We are looking for velocity. The new press is much faster, providing the ability to do more, creating the capacity to print 5,000 books every two shifts. We are growing at an incredible rate, this month by more than 130% year over year,” said Joel Maxey head of operations at BookBaby. Using HP Indigo digital presses, BookBaby can print on-demand book orders as few as one, including a single proof, with most clients ordering 25, 100, or 250 copies.

The new press joins the HP Indigo fleet printing for BookBaby at its site in Pennsauken, New Jersey including the B2 sized fourth generation HP Indigo 12000 and HP Indigo 10000, as well as the 19 inch HP Indigo 7800. BookBaby drives its publishing business via a powerful in-house developed IT backbone, staffed by a team of 25 experts. The web-to-print system for clients enables easy processing of orders in two to three clicks, as well as sharing completed files for retail book sale services with major online book selling channels. Bookbaby’s team of publishing experts have helped more than 59,000 independent authors across every genre to create, publish and distribute their books around the globe.

Launched 11 years ago, BookBaby was established as a separate business by DIY Media Group who operates Disc Makers an industry leader in CD, DVD, USB and vinyl record manufacturing for independent music artists and other content creators. BookBaby was founded as an eBook content aggregator when Apple launched the iPad then quickly grew into a full-service publishing operation providing printed books and creative services to the independent publishing community. BookBaby is a global provider, with more than a third of its authors outside the US. It also provides short-run services to publishing houses and the commercial market. It also operates offset presses, for very long runs, to offer a full range of printing options to customers.