The technotrans site in Holzwickede is now using green hydrogen as a climate-friendly component of the heat supply in the company building on Gottlieb-Daimler-Strasse. As part of the "H2HoWi" research and development project, the distribution grid operator Westnetz, a subsidiary of Westenergie AG, is converting an approximately 500-meter-long natural gas pipeline of the public gas supply in the community near Dortmund to 100 percent green hydrogen. 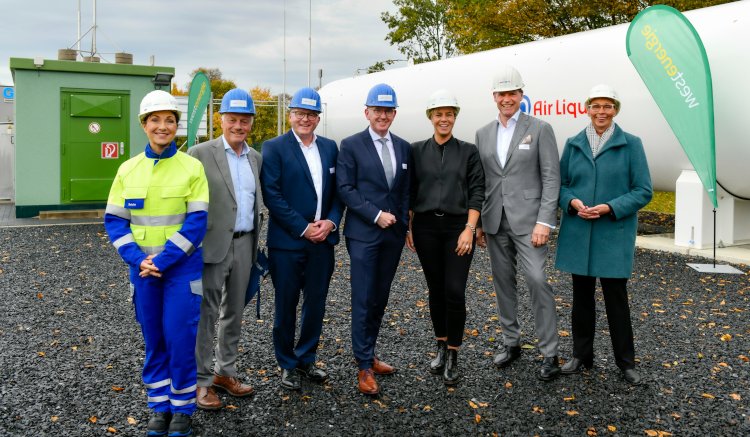 The project was launched in October 2022 and will run until the end of 2023. Project partner technotrans is one of three companies using the climate-neutral hydrogen to supply heat to their buildings. The KfW-55 production site of the thermal management specialist is already equipped with a photovoltaic system and heat pump. The project was officially commissioned on October 20, 2022 by Mona Neubaur, Minister of Economic Affairs, Industry, Climate Action and Energy of the State of North Rhine-Westphalia.

"Sustainability, climate protection and the increased use of environmentally friendly energy sources are integral components of the technotrans Group's strategy," says Michael Finger, Spokesman of the Board of Management of technotrans SE. "For this reason, our involvement in this project is an important step towards climate neutrality." Only recently, technotrans officially committed to climate-neutral production at all its locations worldwide until the end of the 2030 financial year. This newly issued goal complements the previous ESG targets as part of the company's Future Ready 2025 strategy.

Changes on the Board of Management of technotrans AG